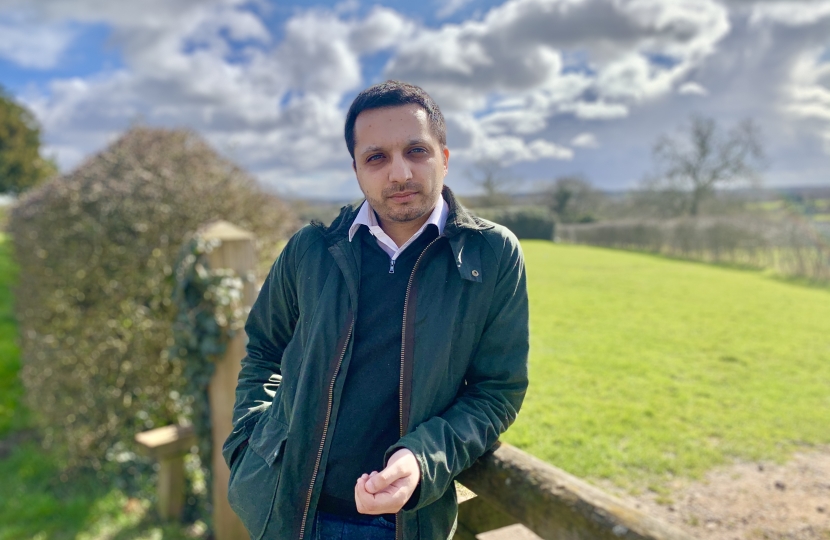 Saqib Bhatti, Member of Parliament for Meriden, has publicly objected to the HS2-related planning applications in Balsall Common which would lead to a significant increase in vehicles, including HGVs, on local roads.

Opposing the plans on the grounds of “environmental impact, noise, road safety and air pollution”, Saqib has urged the committee to reject the applications. Instead, he suggests the consideration of “alternative solutions in collaboration with the local community in Balsall Common”, 3,700 of whom have already signed a petition objecting to the plans.

In a letter to the SMBC Planning Committee, Saqib said:

“The significant increase in the number of vehicles proposed will result in congestion on local roads and will be detrimental to air quality in a residential area. Hallmeadow Road itself is unsuitable in terms of the proposed increase in traffic volume. These applications will result in loss of amenity for Balsall Common residents.

“There is a clear alternative by providing a continuous trace-line haul route using the Truggist Hill Farm bridge or a temporary structure that would remove construction traffic from the local road and lane networks. This would mitigate many of the concerns residents are highlighting i.e. huge increase in HGVs on local residential roads and increased air pollution.

“This is simply not good enough and falls short of the commitment that HS2 made to be a “good neighbour”. The people of Balsall Common deserve much better than what they are being offered, they deserve to be listened to”.

The Planning Committee are set to meet on Wednesday 30 June 2021 to consider the proposals.

Read the full letter below:

Petition to stop the 18-metre phone mast in Bentley Heath

A massive new telephone mast is being proposed at the junction of Slater Road and Widney Road. It will be 18 metres high, on the public highway, and be 7 metres higher than the nearby tree or buildings on the corner.