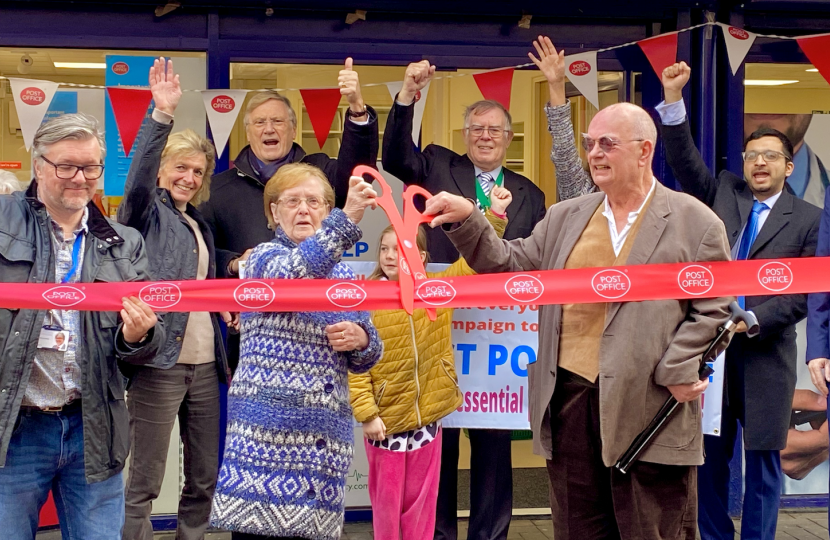 The Kingshurst community has been celebrating the official re-opening of Kingshurst Post Office today (29/10).

WM Brown (Kingshurst Limited), which trades as Browns Pharmacy, has taken over operating the Post Office at 12-14 The Parade, Kingshurst, B37 6BA, to restore this vital community service.

Kingshurst Post Office had been temporarily closed in August 2020, when the McColl’s store, where the branch had been based, shut.

Phase two of the project is for Browns Pharmacy, currently operating from across the road, will move into the same premises as the Post Office. That date has not yet been finalised, but the top priority was to re-open Kingshurst Post Office.

Saqib Bhatti, MP for Meriden was in attendance along with Ian Courts, Leader of Solihull Council and other local representatives.

Saqib said: “I want to thank Brown’s Pharmacy and Solihull Council for their support in restoring a Post Office to Kingshurst, this new branch, with the pharmacy, will provide essential services to the Kingshurst community.

“Several constituents got in touch with me when the service closed down, so I am pleased that after much hard work, it is up and running once again.

“I am keen for the area to become a hub for the local community and a post office is an essential part of that”.

Saqib Bhatti, Member of Parliament for Meriden, has invited everyone in the Meriden constituency to get involved in Parliament Week 2021 and join a UK-wide conversation about our democracy, people power and making change happen.