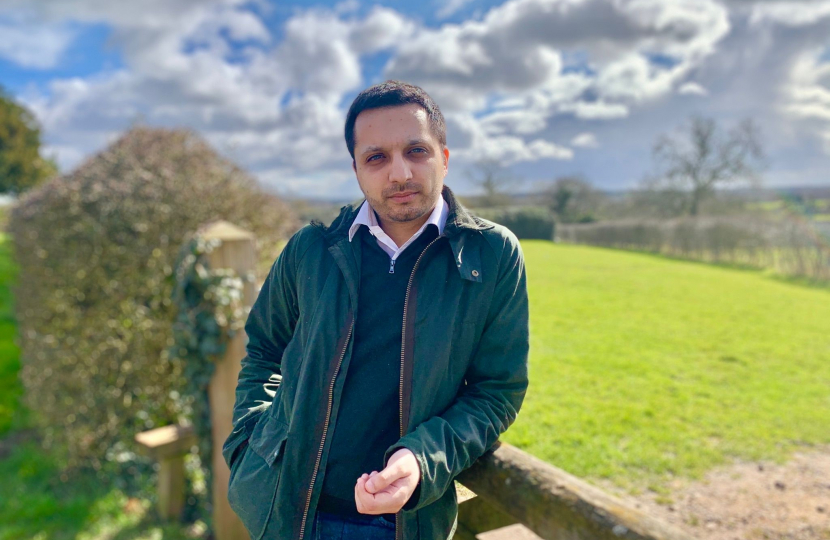 Saqib Bhatti, MP for Meriden, has written to the planning inspectorate to object to the appeal launched by HS2 Limited, APP/HS2/19, citing environmental impact, noise, road safety and air pollution.

Saqib previously voiced his concern about the Schedule 17 Planning application due to the fact that he belived that HS2 have taken no action to mitigate the impact on the local community or protect the safety of residents living in Balsall Common, in particular on Kelsey Lane and Waste Lane.

“The significant increase in the number of vehicles proposed will result in congestion on local roads and poorer air quality in a residential area. I believe this application is yet another indication that HS2 Limited and BBV have not worked with the local community or considered their concerns.

“The fact remains that HS2 continue to submit almost identical plans which will have a detrimental impact on the local area and on the health and well-being of residents. There is firm local opposition to the HS2 proposals and I urge the Inspectorate to reject this appeal.

“I have continuously fought against the ‘we can do what we like’ attitude of HS2 and I will continue to fight to protect Balsall Common village and it’s people.”

Saqib hits back at HS2

Saqib has written to Solihull Metropolitan Borough Council (SMBC) objecting to the plans proposed by HS2.